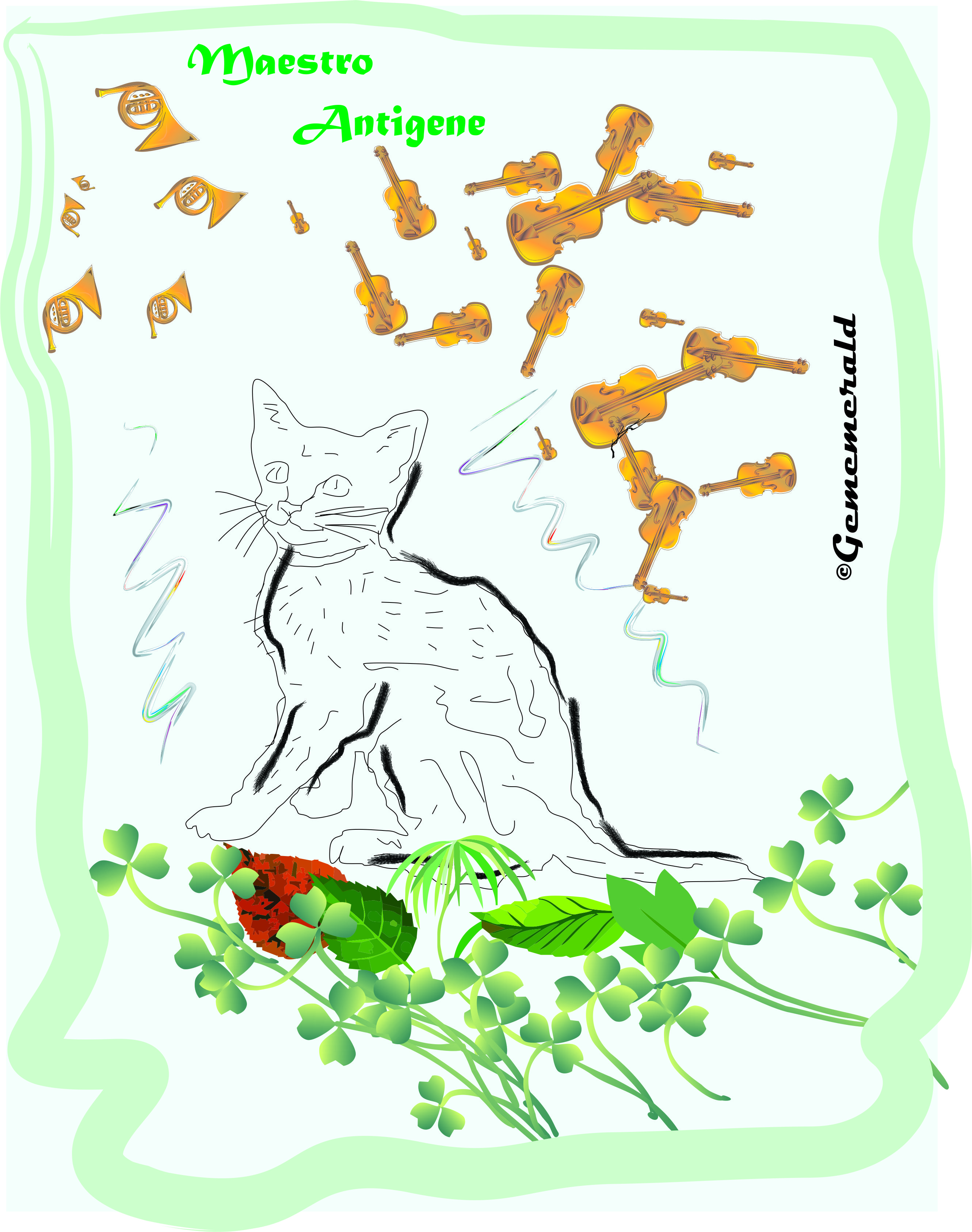 Antigene is a foundation cat of our cattery. Antigene’s portrait as a kitten is a part of Gememerald Family Crest (cattery logo). Antigene was born in Canada, in our sister cattery Emerald Snow (bred by Yulia Spivak). Antigene is a beautiful cat with a sweet and loving personality, gorgeous green eye color, great ear set and profile. He has luxurious pale blue coat with a feeling of a raw silk upon the touch. 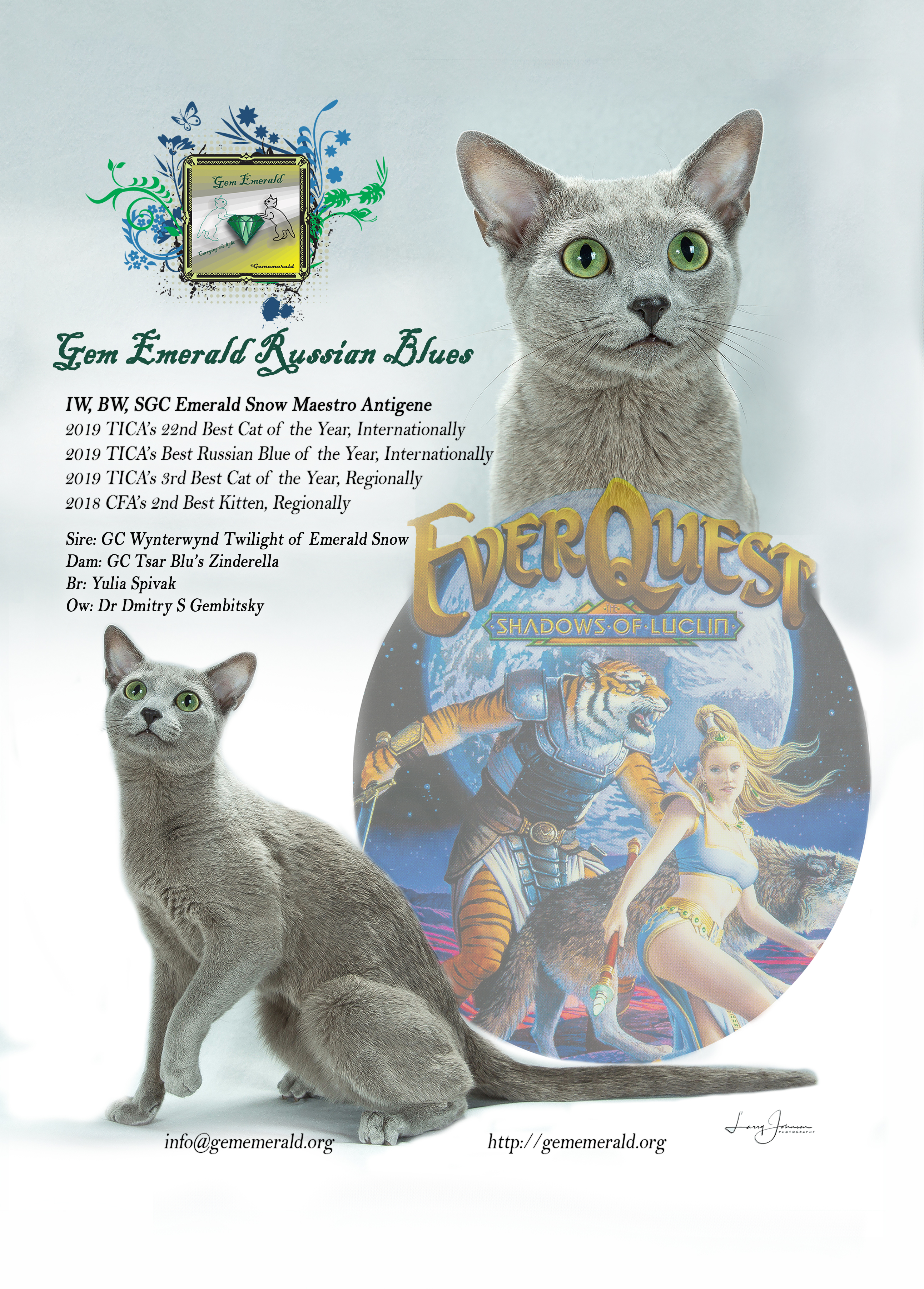 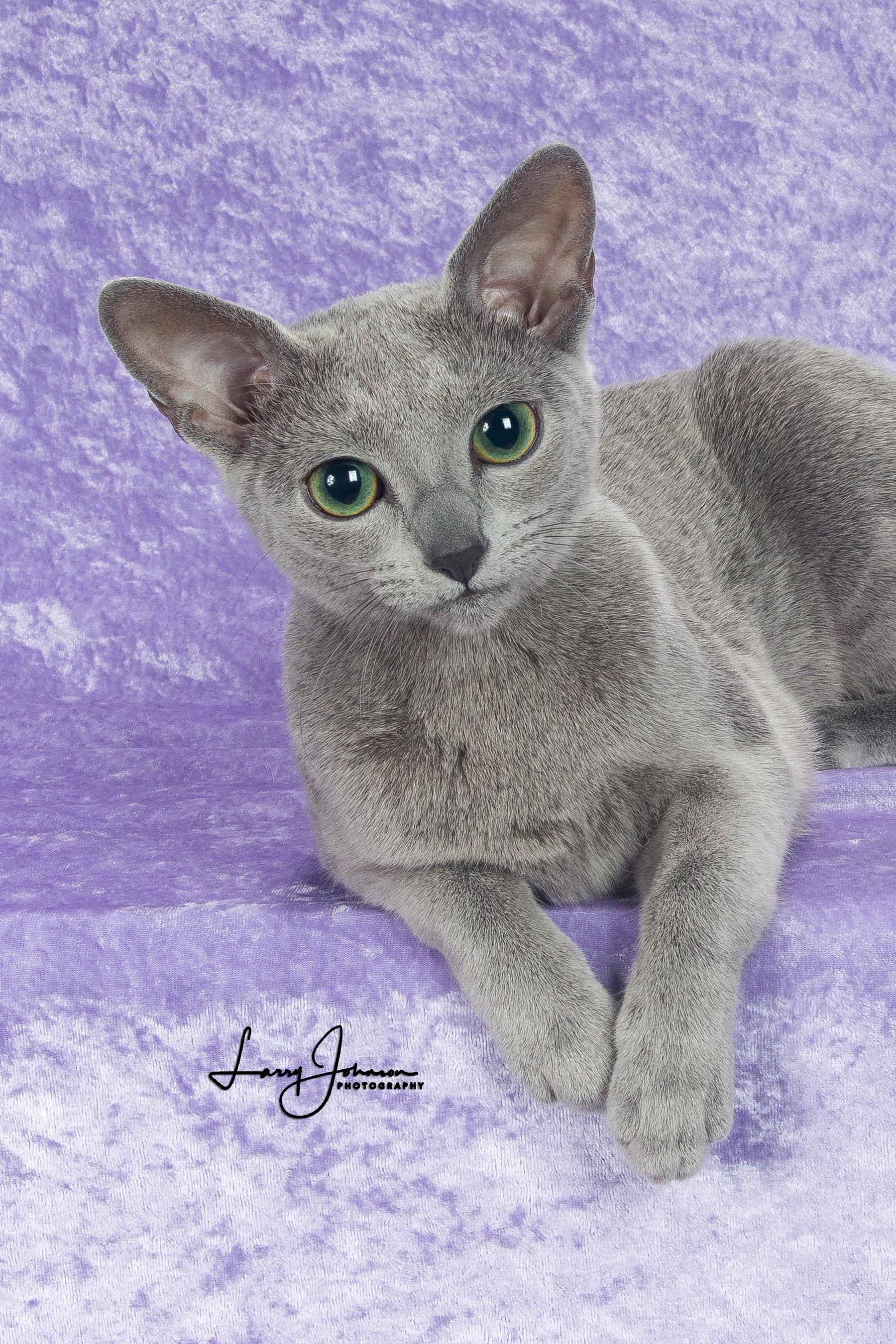 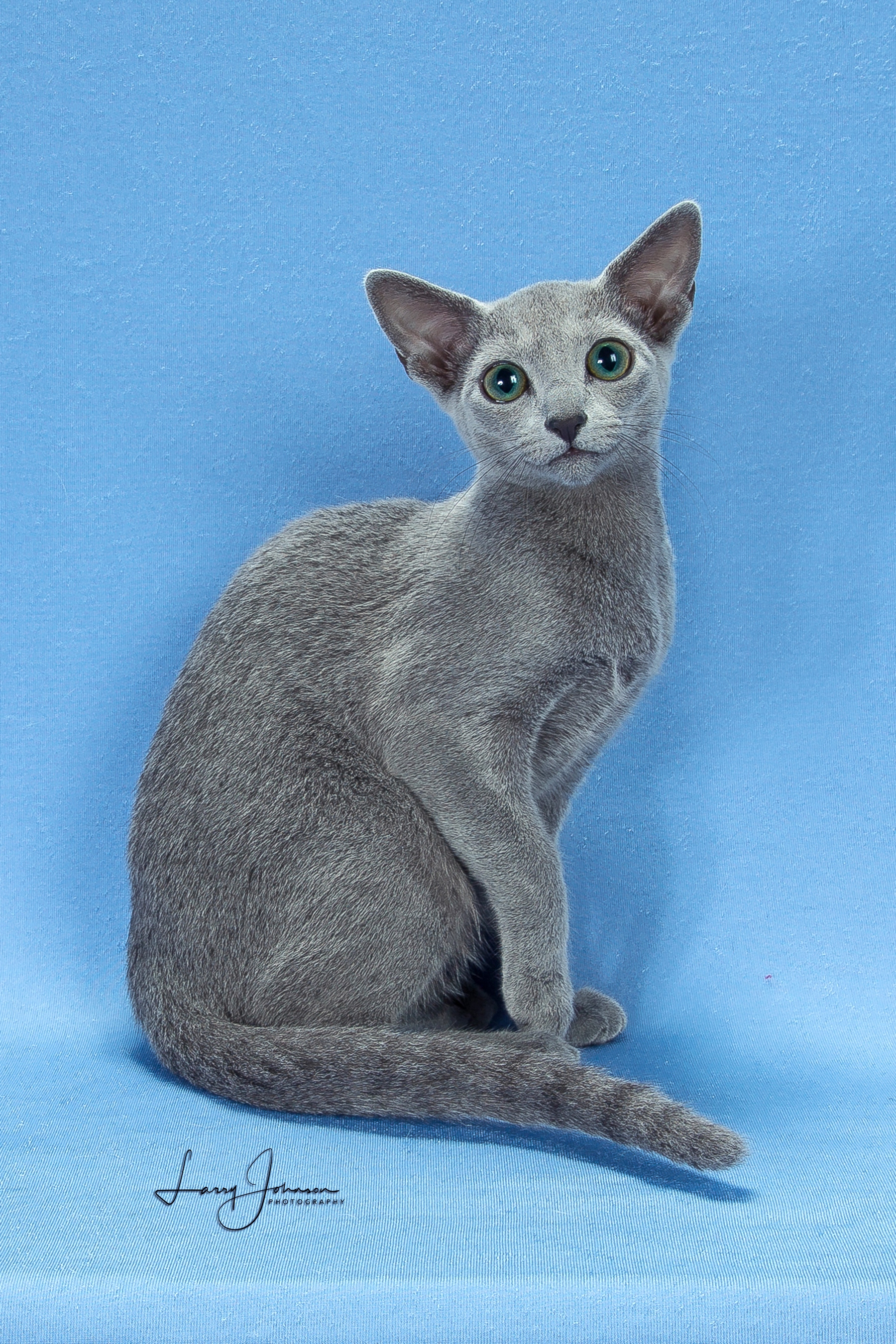 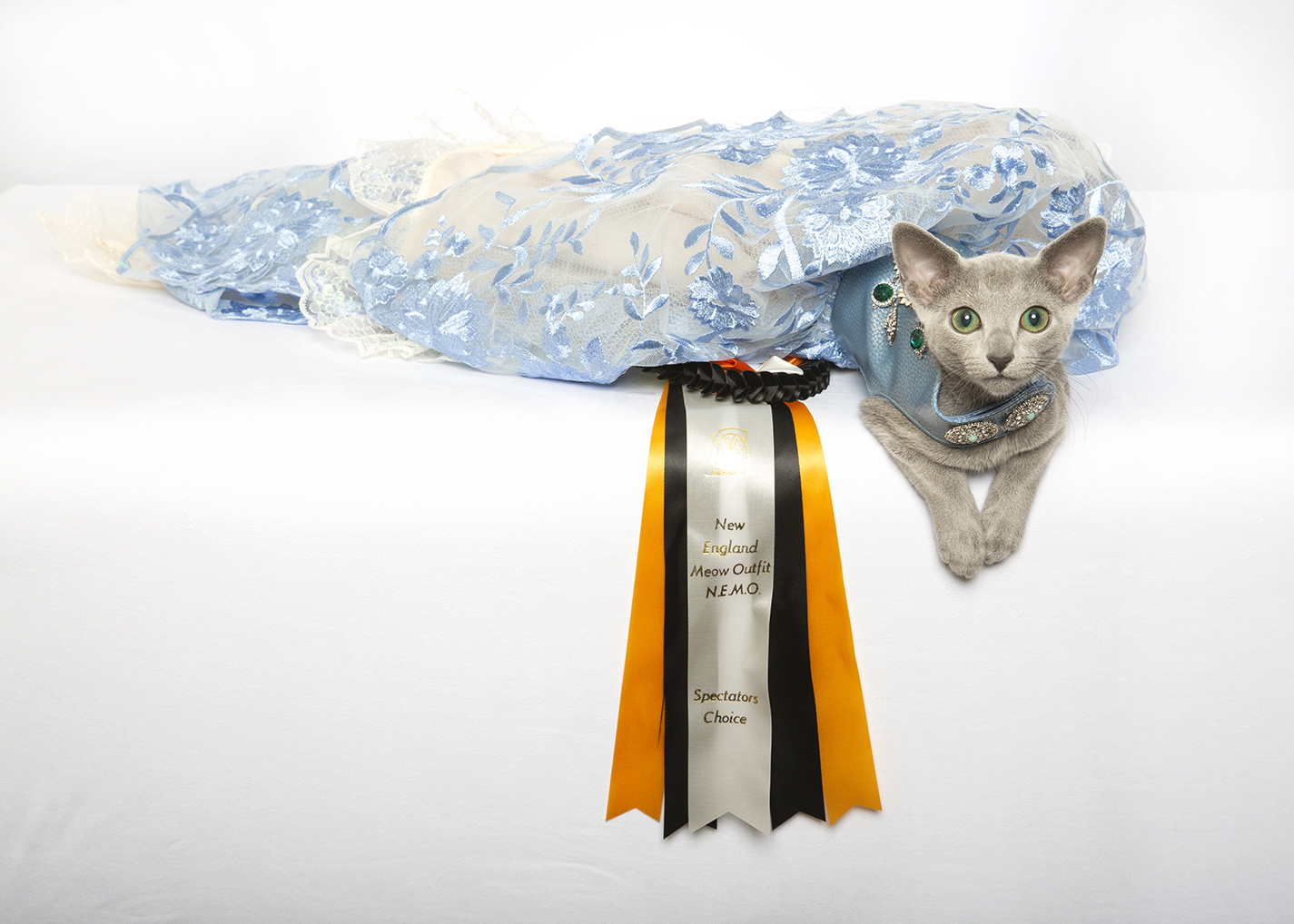 Firiona Vie is a fashionista cat who showcased Gememerald designer dresses around the United States, including CFA International Show in Cleveland and TICA  Annual Show in Las Vegas. 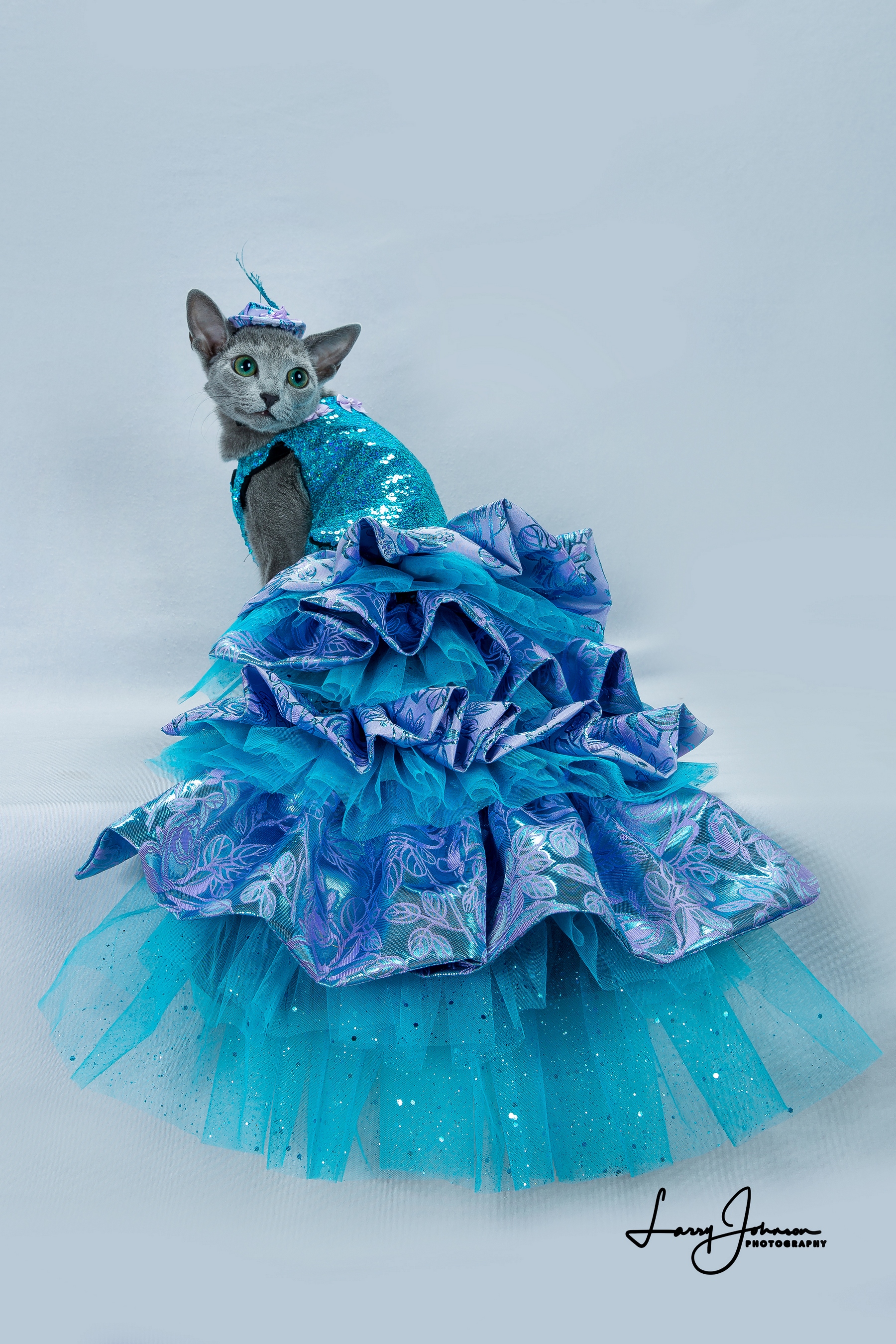 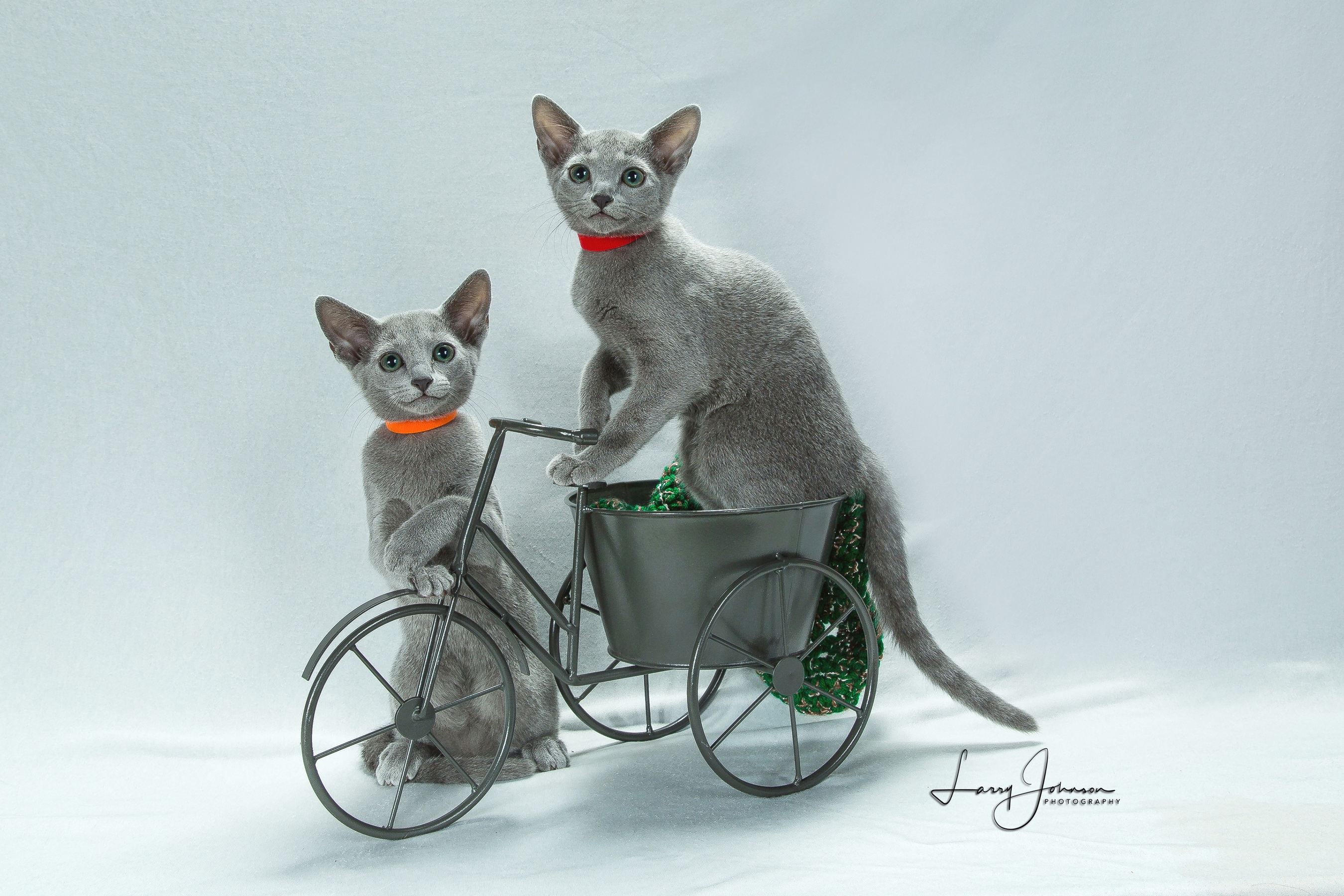 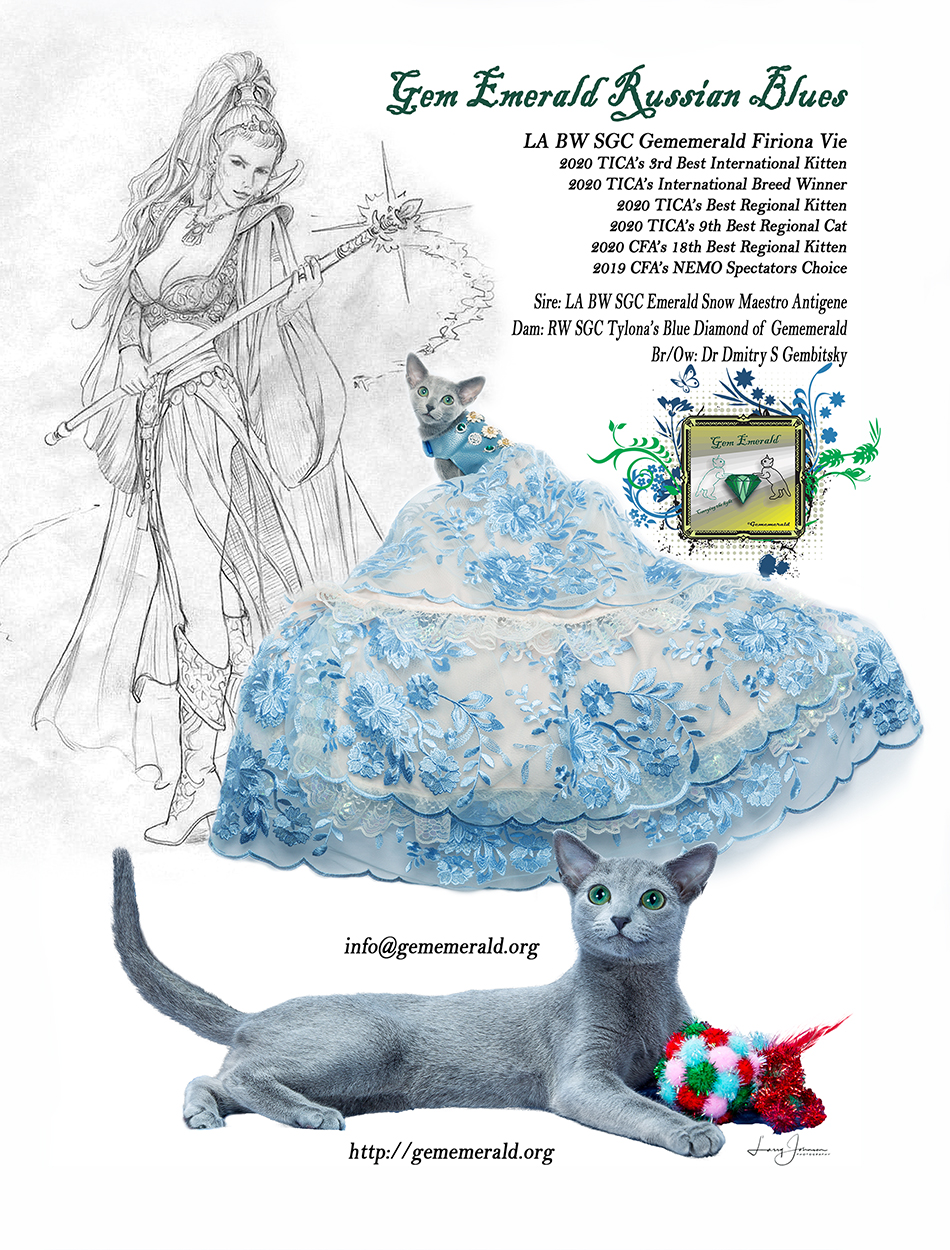 a CFA and TICA registered cattery.